Skip to main content
This is documentation for Harvester v1.0, which is no longer actively maintained.
For up-to-date documentation, see the latest version (v1.1).
Version: v1.0

Harvester is built on top of Kubernetes and leverages its built-in CNI mechanism to provide the interface between network providers and its VM networks.

We have implemented the Harvester VLAN network based on the bridge CNI to provide a pure L2-mode network, that would bridge your VMs to the host network interface and can be connected using the physical switch for both internal and external network communication.

Moreover, the Harvester UI integrates the harvester-network-controller to provide user-friendly VLAN network configurations, e.g., to create and manage VLAN networks or to add a VLAN network to the VM.

However, users can leverage the Kubernetes service object to create a stable IP for your VMs with the management network.

The Harvester network-controller leverages the multus and bridge CNI plugins to implement its customized L2 bridge VLAN network. It helps to connect your VMs to the host network interface and can be accessed from internal and external networks using the physical switch.

The below diagram illustrates how the VLAN network works in Harvester. 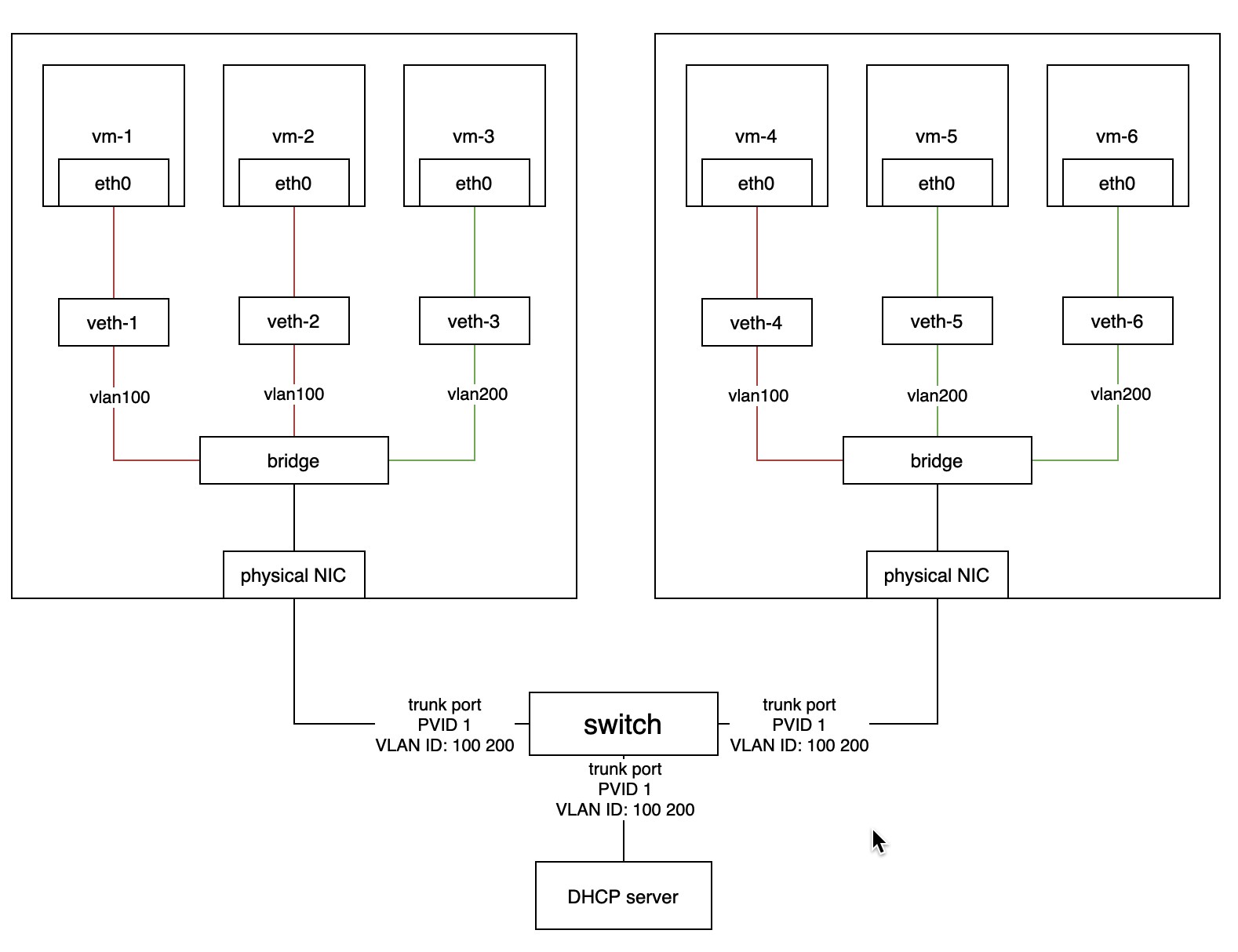 You can enable VLAN network via Settings > vlan. Select enabled and you will be able to select one network interface from the nodes as the default VLAN NIC config.

For better network performances and isolation, we recommend to choose different network interfaces for the VLAN and the one used for the management network (i.e., harvester-mgmt).

You can also customize each node's VLAN network via the Hosts > Network tab.

A new VLAN network can be created via the Advanced > Networks page and clicking the Create button.

Create a VM with VLAN Network​

Users can now create a new VM using the above configured VLAN network,

Harvester is fully compatible with the cloud-init network configs. You can refer to the documentation for more details.

By default, the Harvester VLAN network would expect your router to provide a DHCP server that VMs can request and assign IP addresses automatically.

If you are running Harvester in a virtual environment that does not contain a DHCP server, you may consider deploying a DHCP server manually on a node or using a containerized method, e.g, like #947.